The idea behind this little ebook-only release is pretty awesome. This little ebook-only release is a fucking embarrassment. This ebook is part of a series Weiser Books put out a few years ago that was a combination of re-packaged, but notable and not readily available, public domain material selected by Lon Milo DuQuette and several Freemasonic side-degrees selected from a private collection, each with a little intro essay by DuQuette. But, it is completely plain that whomever was responsible for producing these at Weiser Books didn’t even bother to so much as glance at the text between simply running source pages through an OCR and quickly pasting the unchecked output into the template for the series.

I picked up several of these, mentioned them on the library blog when they came out, but I have not read any of them after slogging my way through a couple that revealed the trouble was endemic to the series, not just one book in it. I only made three highlights in The Sons of Osiris: A Side Degree. Two were errors that made me laugh aloud, and the third was a particular point in DuQuette’s introductory essay that is of note. This specific book isn’t unreadable, but it is so riddled with enough errors that it hurts to read.

First off, they didn’t even fill in the placeholder text on the copyright page. I mean: they didn’t minimally put in even that much effort.

Originally published as (or excerpted from) [insert original author, title, publisher, and year]

In the introduction, which I presume was not written for this book specifically, and vaguely recall appears as the introduction in another side-degree issue in this series, Lon writes:

What is of primary importance is that the master key to the initiatory method itself becomes a permanently installed fixture in the individual. Once we have learned the process of becoming something greater than we are, we can and eventually will, apply that same alchemy to ourselves to achieve the supreme attainment.

Now this has to be a curious statement that has stuck with me and percolated. The suggestion here seems that it isn’t the Mysteries, the specific content of an initiation, that matters so much as the experience of mystery and the internalizing the overall initiatory process as a lesson. It’s not the content, but the experience of the structure; and internalizing that meta-level of initiation. Lon said something in one of his in-person classes that struck me similarly as an odd thing when, I don’t have my notes at hand at the moment to be more clear or to phrase this how he said it, he suggested that learning the Kabbalah was about getting the ego self out of the way with busy work so it didn’t get in the way of the Work. That and this seem to me to be similar. Isn’t it odd in ostensibly extolling Kabbalah in a class about Kabbalah, Lon says learning Kabbalah isn’t about Kabbalah per se and in talking about initiation Lon says initiation isn’t about the initiation or the particular symbol and meaning system internal to the initiation per se; rather, both are about the meta-level effect of either giving the self busy work so it doesn’t get in the way or of having the experience of the initiatory method which one can internalize. The latter reminds me of something I’ve been known to say about the initiation experience being a way to become comfortable with the uncomfortable experience of not knowing, meaning that there’s a meta-level benefit to the experience (which, I’ve suggested, one wouldn’t get from just a reading of the script or, moreover, ever get from the experience if one read the script beforehand); but, there’s more to this that that. If I ever do an interview for the library with Lon, this will be something I’d love to discuss with him. But, it’s something, if even the only, I’ve felt was a great takeaway from this book and I’ve had in my thoughts ever since.

Then, buried under the bulk of not-at-all amusing textual and formatting errors, I still laugh when I think about Zeus and his “frank incense”.

ZEUS.—“Now spray him with the frank incense of the gods.”

I see and hear Laurence Olivier in full Clash of the Titans costume booming this line out and it just totally cracks me up. Another thing that I imagine from this is some awesome Rocky Horror style audience participation in these side degrees. There’s a little voice in the audience of my imagination that calls back “Don’t laugh!” or “Don’t call me Frank, Shirley!” or something each time I recall this mistake in the text.

Weiser Books hasn’t even corrected a mistake in the Amazon detail text, and this ebook was released in 2012. It’s been like that for years. Obviously, no one has looked at this either, so, you know, par for the course.

Apparently no one gives enough of a crap to fix even that, flapping in the wind for all who might otherwise be tempted into purchasing the book to see, let alone to have done it well in the first place. Furthermore as far as I can tell there’s never been an update to the text of the book itself either. A quick glance at the current “Look Inside!” for this book displays this exact same error I highlighted still on the first pages. I can’t bring myself to look further lest I relive the horror because, it turns out by page one of the preview text, it’s even worse than I remember. They didn’t even fill in the copyright year placeholder for their own cover!

This is just an awful disappointment, and as much as the source material could be of fun for people to read; there is no way I can recommend this book to anyone. And, unfortunately, this is not the only book I read in the series with egregious errors. There’s another book in the series with many more errors than this one. I’m embarrassed for Weiser Books and embarrassed for Lon Milo DuQuette as his name is attached to this series.

Wish I had access to the source material, in the private collection from which this was curated, so I could put it up on the library because I’d actually proofread it. These side degree rituals are actually of interest both in and of themselves but also something that local bodies of Whatever∴ Whatever∴ & The Other Thing∴ could put on for fun and enjoyment in a local body or something.

But, no. Don’t bother with this edition unless you’ve a strong stomach for dealing with extremely distracting copyediting errors. 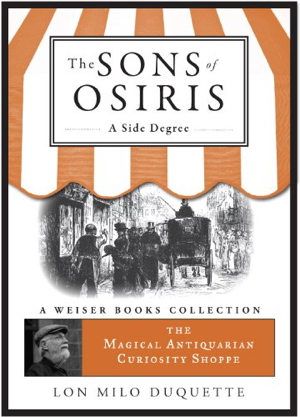 I made only 3 highlights, all mentioned above, and submitted 60 corrections.