I picked up Capitalist Realism: Is there no alternative? by Mark Fisher, from Zero Books, as my first read and first exposure to Fisher’s work. When he passed away by his own hand, in January 2017, I was struck by how many people were talking about him, and since I hadn’t known of his work before, thought I’d dive into something, and Capitalist Realism was of note.

Although the work contains examples that are a bit dated and specific to the UK or UK academic experience, the topics are particularly fresh in this year of governance by Reality TV, a kind of apotheosis of capitalist realism and late-capitalism. A discussion of the context and meaning of a period with an apparent end of neoliberalism becoming a dystopia of reality warping PR symbolism over substance is new again these days.

The strongest part, but also probably the most dense in references, of the overall work for me was the last, Marxist Supernanny, which provided the hint of a takedown of narcissistic infantile Traditionalist individualism and proposed a direction forward toward organizing around a rejuvenated progressive collective will to address root causes instead of symptoms or distractions.

Overall, a timely-again volume worth reading in these days of surreality in discourse but dark dystopia in events that offers not hope so much as encouragement that hope is at least possible to contemplate. 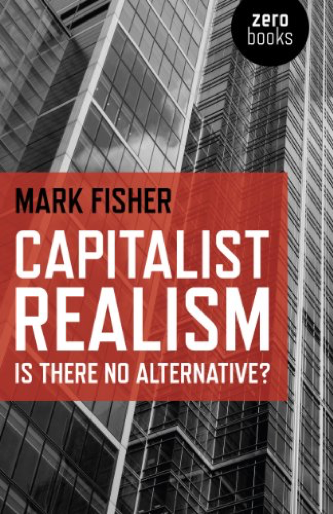