Mittens: A story about two women falling in love and doing really weird things to each other by Phoenix Baker doesn’t quite deliver on the “doing really weird things” promise in the subtitle other than hints and thoughts of things that happen later, and the two characters appear not so much to be “falling in love” but already in love. But this does offer a good first installment in what appears to be an ongoing “two women in love exploring kinks” series that does eventually delivers on the “weird things” part.

The story is well written, and has a very grounded and real voice full of joie de vivre. The characters feel completely real, and there are many moments of verisimilitude missing in other such stories, and more than most stories not even in this genre.

This first installment is essentially about that particular time when two friends realize, both in the sense of becoming aware and in the sense of making something actual, they are in love with each other and learn how to start negotiating what that looks and feels like for a couple comprised of someone who’s experienced in kink and a partner who is just starting their journey of discovery.

Not sure I’ll pick up the other volumes, but Mittens is a playful and warm and first part to a good story about kink, sex, and love that leaves you with the feeling of a happy glow and cuddle.

In the interest of transparency, I picked up this book because ads for it appeared on Hermetic Library’s Project Wonderful ad spaces. 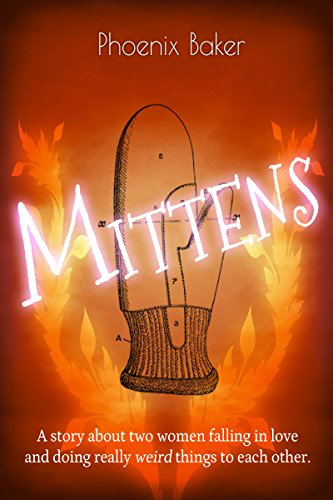 I made 19 highlights, slightly over half are errors.