Fantastic novella Who Goes There? by John W Campbell is, of course, the inspiration for The Thing movies, including the 1953 The Thing from Another World, John Carpenter’s masterpiece rendition, and a re-remake that I’ve not seen. For some reason, the ebook version I read is no longer available, perhaps there were rights issues; but it can be found still in an edition with an introduction and screen treatment by William F Nolan, which I didn’t have in my edition, so I mention that only in passing.

As great as Carpenter’s rendition was at fulfilling the story as written better than the older movie, there’s still elements that were not brought fully to screen. So, even having seen both the previous movies several times, and Carpenter’s an untold number of times, if I’m honest, there was still a novelty to reading the original story that revealed a whole new dimension in the narrative to explore. There were places where the story shows its age, but it was still a damned fine experience of creep and paranoia. For example, the initial character descriptions are pretty stock manly men for heroes and degraded manliness for those not heroes. Another example is that the absolute end was a bit of stale period B-movie coda that wasn’t quite as great as the rest. But it is, ultimately, more than just what it was. 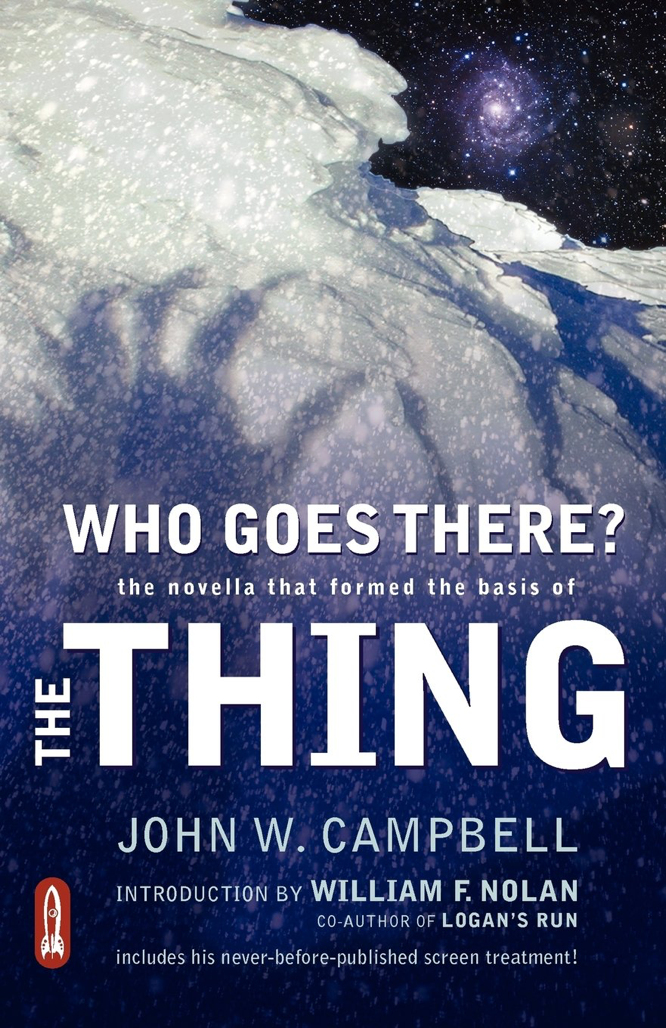